The current  IYN company directors are Pete Yates, Company Secretary, and Jim Gough-Olaya, Treasurer.  Both have had decades of Yoga teaching experience. Pete is founder and director of  The Parkdale Yoga Centre and Jim has wide experience of teaching Yoga in prisons and to the terminally ill, as well as training teachers in an apprenticeship system.

Pete Yates currently looks after registration. Pete Yates is founder and director of the Parkdale Yoga Centre and Heart Yoga teacher training. He was the first Chair of the IYN and held the post for nearly six years.

Pete Yates co-founded and taught at the Pakdale Yoga Centre, Wolverhampton, UK which had been offering yoga and therapies for twenty five years.

Pete Yates co-founded and taught at the Pakdale Yoga Centre, Wolverhampton, UK which had been offering yoga and therapies to the local community and beyond for twenty five years.

Pete has been practising yoga for around half a century. He is also a founder member and secretary of the Independent Yoga Network, an organisation concerned to sustain and promote yoga as a force for the general good. he is also a philosopher (holding a PhD) and a creative in a number of media.

Pete now lives in Abermaw on the welsh coast where he likes to walk and talk with friends in the hills and by the sea. 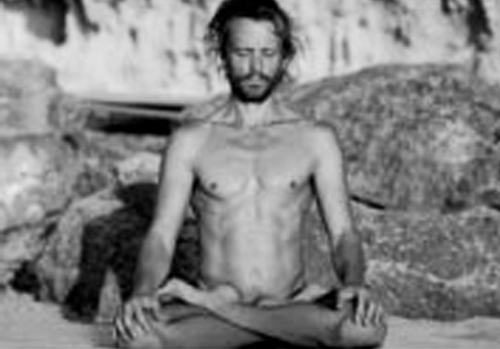 I am one of the three Directors of the IYN and together we make decisions about its direction. These decisions come from many years of practice and a resulting clear view of the meaning of yoga in its most complete sense.

These decisions come from many years of practice and a resulting clear view of the meaning of yoga in its most complete sense. We also realise the practice of yoga comes in a vast array. I would say there are as many paths or practices of yoga as there are yoga people.
My specific role is to look after the finances which is quite easy now it is established especially with the help of Trevor looking after the IT.

I have been looking after my small business of building for decades as well as teaching yoga.

I have practiced yoga above 50 years in many various ways, with some quite extreme methods, not violent though but always there and questioning. For many years this was a lonely task, looking for others to give me the answer. Trying to figure out why I was not happy was the beginning of the search and then seeing this unhappiness is central to every person’s base. I followed many paths, always with enthusiasm and then moving on when it seems to be unhelpful to continue. Always yoga to me has been a way of living and being in life.

I studied psychology and hence counselling, at university when middle aged which was quite a challenge as all my working life been spent manually in the building trade. This study was very beneficial for my understanding yoga. This later led to my early yoga teaching in prisons because I had lots in common with these people. These institutions are full of working chaps from building sites and factories. It was the lazy route for me which I fitted very easily into, this closed hard environment. All this was in the early 1990s. University taught me the value of rigorous thinking and I wanted more. I decided on a Yoga Teachers training course.

I chose the YTT course at Ickwell Bury with Howard Kent. It was not a deep thinking course but Howard acknowledged his own flawed human nature and I was rather fed up with meeting Yogis with large egos. His humanity was refreshing. The training was perfect for me as it left a lot of scope as to how to teach which was so useful for prison work. Later I started in ordinary classes in community centres around here.

I love doing lots of different tasks, often throwing them all together. As a result, I appear to be in chaos frequently but that is how I like to be in life. Family life, building work and teaching in totally different settings was my normal life style.
I saw the value of the IYN when I saw the need for collective action. Due to my choosing all styles of yoga and seeing the values in each of them I liked that the IYN did not specify any of the many brands. The only necessity was that you had sufficiently practiced in the style you taught. The Independent Yoga Network embodies the idea of lots of differing styles of yoga all carrying on, talking to each other and offering different perspectives. I started to talk about yoga with other like-minded people.

I never thought of sitting in quietness as belonging to the yoga system alone. Yet this silence is the base of yoga. I have spent long times in retreats and pilgrimages of up to six months. Now I feel that critical thinking is essential but with that a humility should arise as to the enormous advances modern education can make. Humans are now able to become deep thinkers if we start from the point that we are not experts. The world has opened up a lot now, communication is so easy and the use of computers allows us to be aware of so much. It also brings great danger so we a responsibility to act with care and caution as well as boldness

James has been practising haṭha yoga for over twenty years. He trained in India and the UK and has been teaching since 2007. He is a tutor for the Devon School of Yoga and runs a small yoga studio in Torbay.

James has been practising haṭha yoga for over twenty years. He trained in India and the UK and has been teaching since 2007. He is a tutor for the Devon School of Yoga and runs a small yoga studio in Torbay called “Yoga Torquay”. James is currently a student at SOAS, University of London where he is studying for a Master’s Degree in Traditions of Yoga and Meditation.

The IYN Privacy Statement
About the Organisation
The Yoga Register